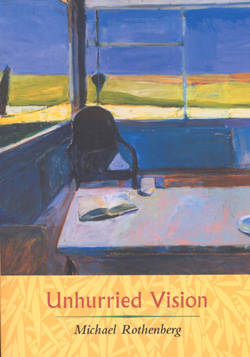 Unhurried Vision continues Michael Rothenberg's experiment with the journal, a record of a year--The Millennium, but slower, without the fanfare, evenings before falling asleep, sometimes half asleep, taking down fragments as they surfaced, dating them, and going on. This is the year that Philip Whalen became terminally ill and Rothenberg began taking care of him on a daily basis, editing his book of selected poems, Overtime, organizing events to celebrate its publication, and pulling together Whalen's archives and library.

Political, personal, and romantic, Unhurried Vision works to savor the impermanent, looking at the moments in a poet's life, contemplating the body of experience. It is the mind on a quiet stroll through longing, loss and beauty. "Unhurried Vision, a year in the life of Michael, is really a deeply loving celebration & farewell to mentor Philip Whalen, poet, roshi, & all around confounder of boundaries. A day-book; a non-epic odyssey through routes & roots of living & dying; a gastronome's pleasure dome, but above all a deeply stirred & stirring affirmation of poetry's centrality in realizing mundane & profound instances in the everyday extraordinary. Rothenberg's raw footage is disarming, sly, self-effacing, proclaiming, doubting, affirming."--David Meltzer

Read a review of Unhurried Vision, by Randy Roark. 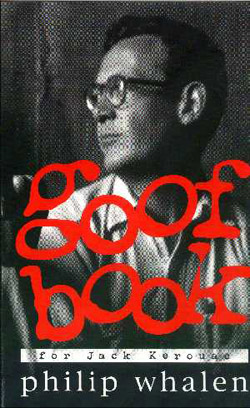 Read a review of Goofbook, by Larry Sawyer. 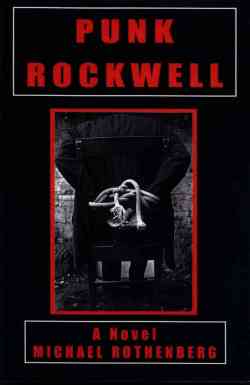 Rothenberg's PUNK ROCKWELL follows and breaks all the rules of fiction simultaneously. A slow-motion, spiraling bullet aimed right between the eyes...original with a capital O."
-Michael Largo, author Southern Comfort

"Michael Rothenberg has one of those genius takes on language. . .
wit and wordlove, enough to move mountains, chip by chip."
-Jack Collom, author 8-Ball

"It is a fantastic book. I really enjoyed it. It made me laugh and shudder. Just what a good raunchy book is supposed to do."
-Lyn Hejinian, Author

Read a review of Punk Rockwell, by Mary Sands. 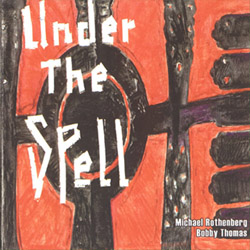 Michael Rothenberg's songwriting and collaborations with musicians brought him to this work with multi-percussionist Bobby Thomas, Jr., best known for his tenure with Weather Report. Joe Zawinul said of him, "he's got his own traditionhe's totally original." Some of the instruments heard on this disc include Indonesian mouth organ, Indian bells, bamboo flute, African bow harp, bongos, congas, voice—you get the idea.

Under the Spell was recorded in Miami, Michael's birthplace, and Florida plays a role in the poems (and in his novel, Punk Rockwell). "Let Elian Gonzalez go home to his fatherRecite this bone-faced prayer/and the thimble of silence becomes sacred wine." Michael Rothenberg delights in naming his world: "Gale winds Jacuzzi bubbles 102 degrees/White cap swimming pool and small craft warning." Or: "Paradise always up for grabs, song of my youthWhy should I be the last hot shot rocket topdown palm town?"

These performances by Michael Rothenberg and Bobby Thomas, Jr. contrast rhythms and lines, sensual melodies, an invocation/celebration crossing the disjunctions between the banal and the sublime. "I've got my passport." The dance of relationships, multiple shifts, is particularly evident "So different from caged bird me, winged dream beyond/Come tell me how we'll go on, you want to be stroked, I'm at your call, and on, and on." Or: "Rushing about, picking caress off gossip pitch of neighbor's fence" —David Gitin