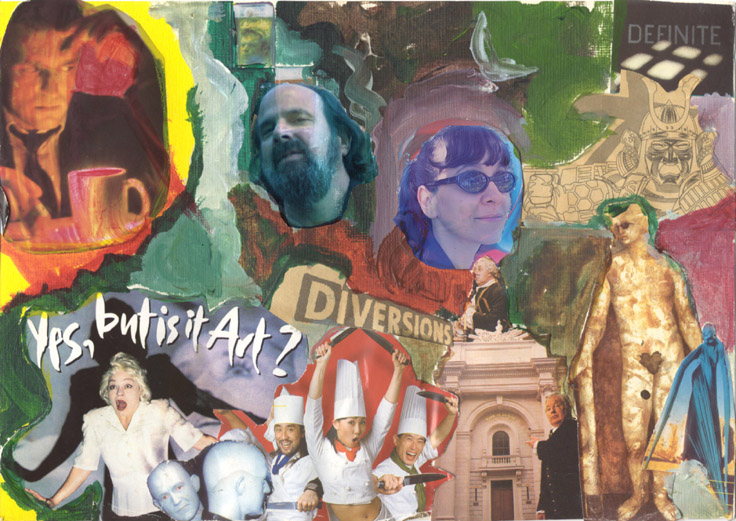 We think walls are good for keeping out the cold and rain. And for displaying some art. They're useless in the creation and propagation of art. We don't care if Language poetry appears next to sonnets, or haiku next to spoken word and workshop poetry beside agit-smut. Our tastes are catholic—even though we're Jews and pagans and Buddhists and libertines and run-of-the-mill Christians. We don't care how art is shaped—round like moon, flat like roadkill, angular like love, twisted like political promises. We hear many voices (even when we're taking our meds) and are guided by whimsy and passion and urgency. We want more.

So, who the hell are we?

We're Big Bridge: in between and through and under and over. Which way you cross, what you see, depends on which way you go. See you out there.

P.S. We will occasionally update with additional works, so keep us bookmarked. Each issue will feature an online chapbook. We'll publish long poetical works and serialize novels. We'll feature selections from one of the many little magazines being published in space and on the ground; suggestions are encouraged. We intend to update our lists and links regularly, and also post letters and comments as they arrive. We'll also maintain an archive of back issues.

Big Bridge, a webzine of poetry and everything else, is published by Big Bridge Press. (ISSN: 1529-7136)